My Journey with PCOS & Infertility

BY Chigozie Ohanele
EMAIL ME

Home • Beauty & Fashion  • Behind the Magic – Tribe of Dumo

Behind the Magic – Tribe of Dumo

Today on the “Behind the Magic” series is my interview with CEO’s of Tribe of Dumo, Ijeoma and Chioma. “Tribe of Dumo” is a name coined from the designers West African last name “Odumodu”, which translates to “LION” and symbolically means “STRENGTH”.

Their mission is to bring their love of African Fashion to the world stage and intertwine the African textiles with everyday western styles, to make every man, woman and child feel like part of a Fashion Tribe, “Tribe of Dumo”, where Culture meets Couture.

I was intrigued that despite having a lot in common as sisters and business partners, they each have their own unique style and take on life. Read the full interview below and I hope you enjoy it.

Ijeoma – It came naturally to me. I always had a flare for fashion and I enjoyed dressing up people and making them look good. I initially started styling people with other people’s designs, but later I wanted to use my own designs and creations.

Chioma – I still don’t know what to do with my life, it feels like trial and error. I know I have to do something though, so for now I’m doing anything and everything I want to do.

Our Tribe of Dumo brand is afrocentric, modern, street fashion but personally….

Ijeoma – Boyfriend Blazer, an A-line or shift dress and rings.

Chioma – Vintage style with florals and mixed prints on prints.

Chioma – Jessica on the show “Suits”.

Ijeoma – I really don’t remember wanting to be anything at 5. I first knew I wanted to be a lawyer and fashion designer at 13. I studied Psychology in college and one day I’ll either be working with a non-profit organization or I’ll go back to school to be an Occupational Therapist or Counselor, after I graduate from Art School and my business is stable.

Chioma – I always wanted to be a Medical Doctor, but now I’m the first best thing, I’m a Nurse Practitioner. I also dreamt to be an Entrepreneur. I love fashion, arts and craft. I just want to create.

Ijeoma – In 1 year I’ll be rounding up with school, working on my senior collection and portfolio to showcase for graduation and in 5 years our collection will be in little boutiques around Houston and we’ll be opening up our own store. I want to launch my personal high end brand called “Ijeoma Odumodu” to compete on the same level with the current Fashion Power Houses. I want to be the most recognized African inspired high end brand. Also I want to be married, with 3 kids, living in the city and running a successful business.

Chioma – Still married to my handsome hubby. As an entrepreneur, I want to be running a company with a few employees, be more autonomous and have more free time to travel. Meanwhile, I’d like to move up the cooperate ladder as a Nurse Practitioner.

Ijeoma – The opportunities I’m getting, the doors that are opening to help me build and expand right now.

Chioma – My dreams that are coming to fruition and building on those goals.

Ijeoma – I quickly write or sketch it on anything, even a tissue paper.

Chioma – I call somebody.

Ijeoma – My mom, my sister/partner Onyinye (aka Chioma) and Ms. Maria Saba my Fashion Design instructor.

Chioma – My brother, he’s the most ridiculous human being on earth.

Ijeoma – Laser focus. How to focus on one thing and not be all over the place.

Chioma – You can’t succeed alone. You have to have a band wagon, your cheerleaders, your tribe, people of like minds and like spirit on your side.

Ijeoma – “Love is not love which alters when it alteration finds, or bends with the remover to remove” – William Shakespeare Sonnet 116.

“Blessed are the hearts that can bend, they shall never be broken” – Albert Camus.

Chioma – “Education is a necessary evil” by” Shooo! I don’t know who wrote it, but I know I heard it 10 thousand times from my mother, growing up.

Ijeoma – Time isn’t a luxury you have. Don’t waste and splurge your money. Get it done once and for all and you never have to repeat it.

Chioma – Whatever you want to do, do it now and don’t wait for later. We may be in control of a lot, but we’re not in control of time.

We are releasing 2 collections this year – The Spring/Summer 17 Collection on April 30th and our Autumn/Winter Collection during African Fashion Week Houston this September.

You can shop on www.tribeofdumo.com 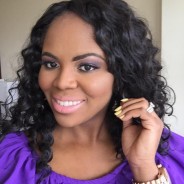 I’m an open book. I love life, I love people. I love to connect and inspire people. My goal is to help women look and feel their best by finding their style and confidently expressing themselves.

Our Maternity Photoshoot – Our Love & Legacy

What to Wear for Thanksgiving – Stripes + Prints

How to Rock Green this Fall – Monochrome Style